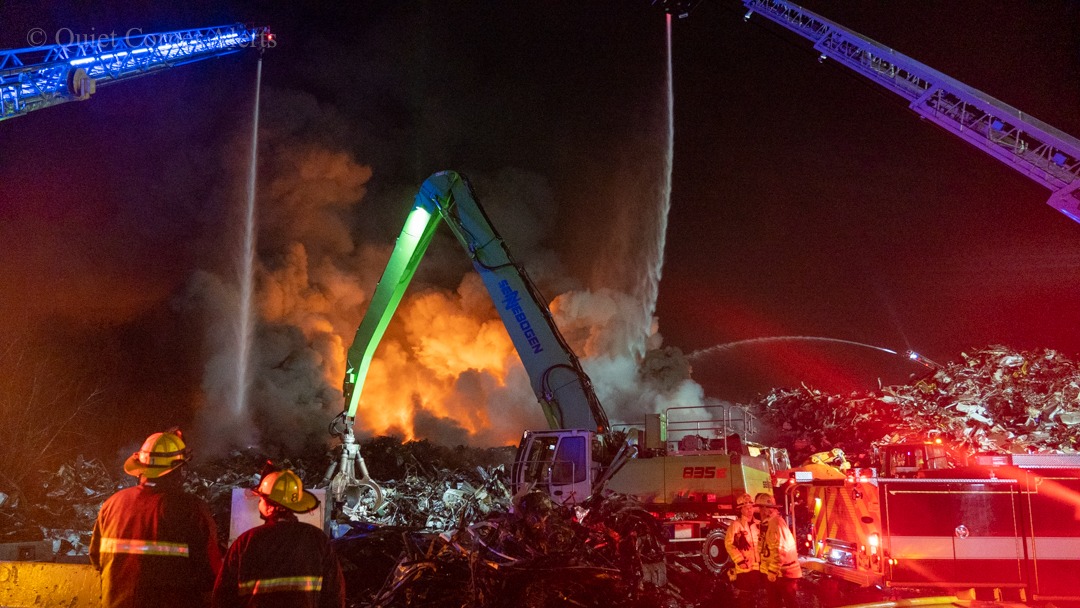 At approximately 9:10 pm Tuesday, December 6th, the Worcester Fire Department was dispatched to 20 Nippnapp Trail for a reported outside fire in a scrap yard. Companies reported heavy smoke and fire while en route to the call and confirmed the reports as they arrived. As additional crews were requested from Worcester and Millbury, three aerial trucks were rapidly set up to attack the large pile of metal, approximately 200 ft by 200 ft in size and 50 ft tall, that was burning from within, sending flames nearly 100 feet into the air. A heavy machinery operator from Schnitzer Steel Northeast was requested to utilize a crane with a claw to move the metal, allowing firefighters to get water on the fire. For hours firefighters sprayed thousands of gallons of water from above and utilized hand lines to extinguish claws full of burning debris the crane removed from the larger pile. 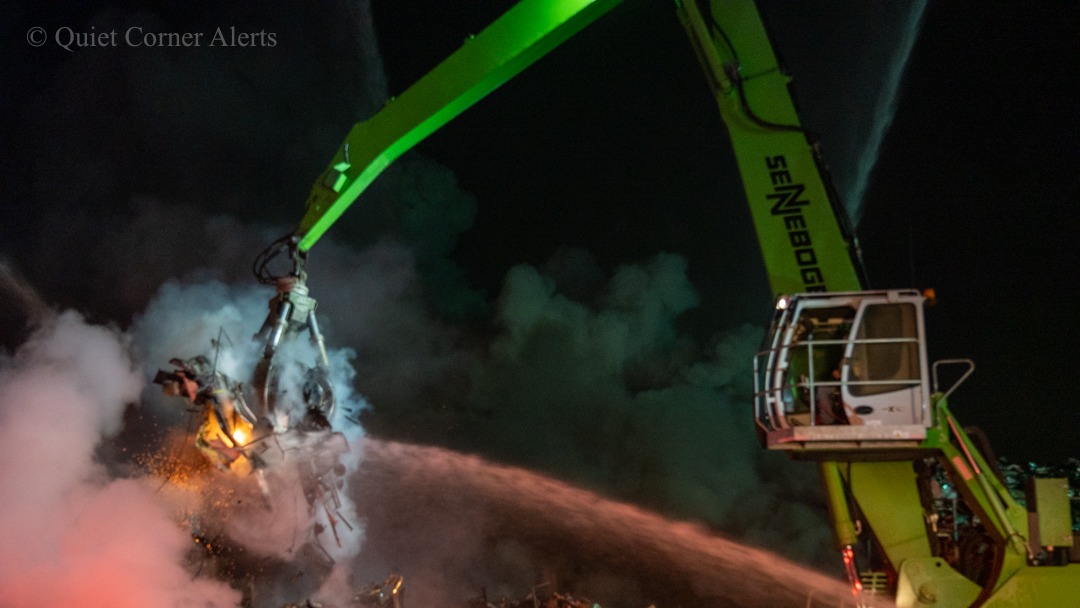 Firefighters spray water on a claw full of burning scrap metal being removed from a larger pile.Photo byQuiet Corner Alerts

Due to the size of the debris pile, a Massachusetts Department of Fire Service (DFS) Drone was requested to give an aerial view of the fire ground.

During the incident crews remained watchful of the wind condition, receiving weather reports every 30 minutes. The firefighters were fighting the fire with the wind coming from their back, should it have shifted 180 degrees and blown at them, they would've been directly in the path of the massive flames. Luckily this wind shift never came.

Due to the duration of the incident, multiple firetrucks required replacements as they ran their fuel tanks nearly dry pumping water to the aerial trucks fighting the fire. A Schnitzer Steel Northeast fuel truck was later utilized (by workers on the scene) to fill trucks so they could continue battling the blaze.

No injuries were reported from the incident.

The Worcester Fire Investigation Unit is investigating the unit.