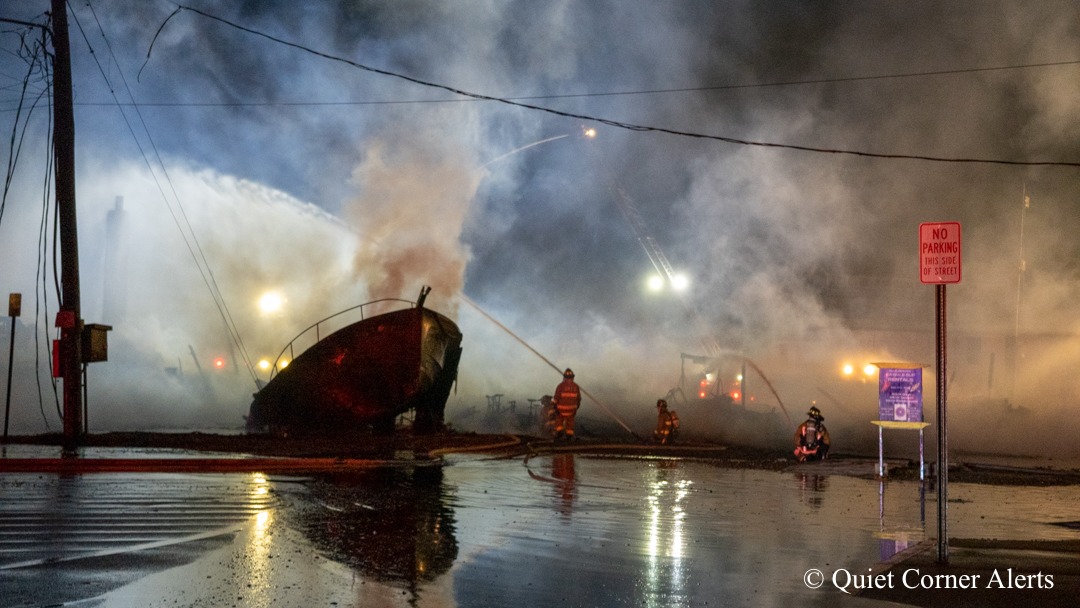 At approximately 9 pm on Sunday, November 27th, the Mystic Fire Department, along with mutual aid companies, were dispatched for reports of smoke and flames visible from Seaport Marine, in the area of 2 Washington St. As 1st alarm companies received their tones, a 2nd, and subsequent 3rd alarm, were immediately transmitted for a fully involved structure fire. A short time later the 4th alarm was transmitted followed by additional tankers and FAST teams.

On arrival crews immediately began defensive operations, working to protect the surrounding building as Police Officers evacuated them. At least 5 ladder trucks could be seen extended over the large structure spraying massive amounts of water down on the burning rubble. Multiple fire engines could also be seen with top-mounted deck guns spraying thousands of gallons of water on the fire. A fireboat was also utilized. 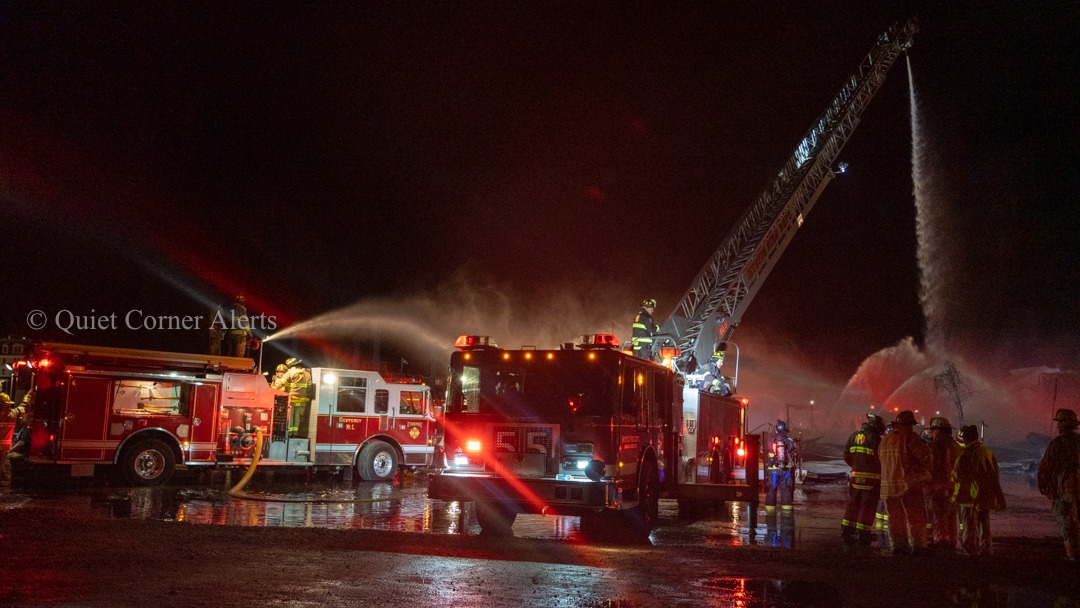 Firefighters remained on the scene for over 3 hours attempting to quell the flames.

It is unknown if anyone was injured in the fire.

There is currently no word on the cause of the fire.